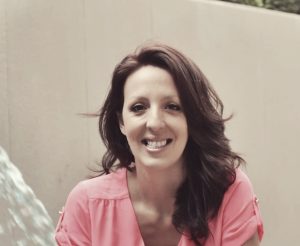 Welcome! I’m Jenn Eze the founder of Destiny River Media, and I wanted to share the ‘how’ and ‘why’ of the company .

It all started in 2013. I was already struggling immensely as a single mother of 4 children to make ends meet. My car at the time broke down beyond any repair that I could afford, and I definitely didn’t have the money buy another one. The city I lived in offered extremely limited public transportation. Finding a traditional job that would pay the bills while juggling a schedule with children was impossible. I was getting little to no child support and found myself in what seemed to be a hopeless pit of despair. I knew I had to do something to make money. Thankfully I did have two things that no-one could take away from me – my determination and my faith.

I began to use what I had – a computer and a little knowledge about selling used goods online. I would borrow a friend’s car on the weekends to go to garage sales where I would buy things that I could then sell online for a little profit. While I was doing that, I began to ask around and see if anyone I knew was in need of a website. I landed my first online store website job for very little pay, but I used it as experience to teach myself a new skill. Through much trial and error, and LOTS of googling, I had completed my first website. I strived to always over delivering and under charge, this resulted in me getting lots of word of mouth advertisement.

The experiences I had over the next few years with several clients taught me more than I ever could have learned in a college or through any one particular course. I learned about working with people, client care, boundaries for myself and others, faith in business, and so much more than just technical skills. It took some time, but eventually my business grew and before I knew it I was assisting the then president of the Ivy League Alumni Organization and building websites for many of my hometown’s most visible businesses. I had built a successful web design business with faith, determination, ethics, and many many hours of hard work. The best thing about it was that I was doing it all while being at home with my children. So what had begun as a seemingly hopeless situation, had turned into a business that put my life into a better place than it had ever been before. I had stepped out of poverty, and into the freedom of owning my own business.

Fast forward to 2019, I began to feel a tug on my heart to start to train and coach other women who were in similar poverty situations that I was at one time, and to help them to become successful freelance workers, and possibly even business owners themselves. So I changed the name of my company from CopiousJ to Destiny RIver Media, and I added a goal to the business; to help to empower women to come out of poverty. We are currently working with women in the United States by providing training, coaching, and hands on experience so that they are fully equipped to be their own agents of change.

Whether you refer a client to us, become a client yourself, or help to purchase training hours for the women who we join hands with, you are helping to change lives, one hour or project at a time.